Why Common Core Will Fail

You've likely heard or read about Common Core by now. The latest in educational "fixes," promoted by the Bill & Melinda Gates Foundation, the National Governors Association, and the Obama administration, the Common Core initiative was developed "to provide a clear and consistent framework to prepare our children for college and the workforce." And it will fail to improve our failing schools, wasting time, resources, and money in the process.

There are lots of critics around who can explain the problems with Common Core and how the standards were developed. But I have a different issue with Common Core: it attacks the wrong problem. 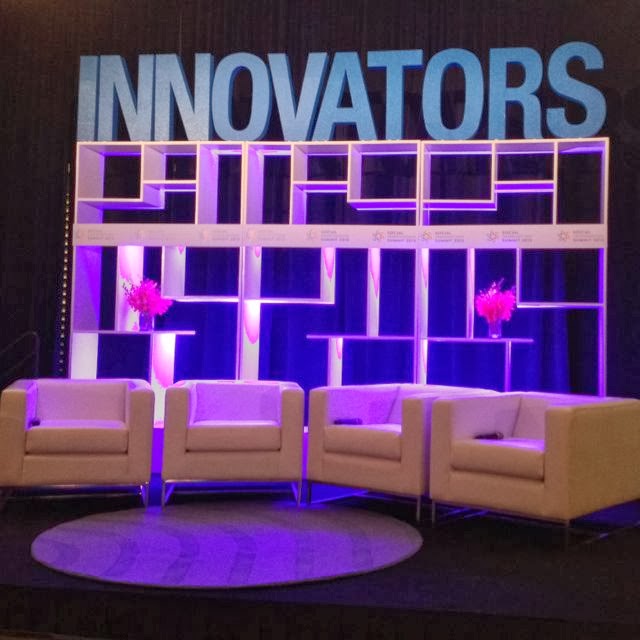 I've been thinking about this for a while, but it was brought to the fore for me last week when I attended Social Innovation Summit 2013 at Stanford University. Among two days of presentations, ranging from a panel on "Unleashing Green Chemistry," to a speech from Robert Swan, OBE, Arctic Explorer, there were several that touched on innovation in education with examples that work.

Beth Schmidt was a new 10th grade English teacher who was frustrated when only 5% of her inner-city students turned in their writing assignment. The problem, she soon realized, was that the research assignment she gave them had no relevance to their lives. When she tied the assignment to their desires and interests - to their passions - 85% turned it in.

The problem wasn't that she or her students didn't have access to uniform, national curriculum standards. The problem was that the "achievement gap" between her school and successful ones in her region was a direct result the hope and opportunity gap that low-income kids face when thinking about their future.

Today, Ms. Schmidt is the founder of Wishbone, a crowdfunding site that helps low-income high school students to pursue their passions through attending extra-curricular camps and other programs, redefining their future, and opening up new opportunities.

At Roosevelt High School, in Boyle Heights, East Los Angeles, Grammy winning recording artist will.i.am's i.am.angel foundation has partnered with College Track to give kids not only the tools to go to college, but to finish college. After-school programs combine the students' passions with practical advice and strategies to pay for school and stick with it.

According to Enrique Legaspi, Chief of Staff of the i.am.angel Foundation, Roosevelt has 2,600 kids, a 50% dropout rate, and only one college counselor. Contrast that to Taft High School in Woodland Hills, where I graduated from many years ago. Taft currently has 2,700 kids and a 12% dropout rate. Both schools are within the LA Unified School District. Both are in California, which already had high standards before the Common Core.

The difference was that, at least when I attended Taft, there was an expectation that we all could and would graduate, and that most of us would go on to college and have reasonably successful careers. The middle-class was the lowest rung we were expected to shoot for. Not so in Boyle Heights.

Ask the kids dropping out from either school if the lack of unified national curriculum standards was at fault. I doubt that's the reason they'll give. Lack of relevancy or hope for opportunity is far more likely. Kids in failing schools need more than a new textbook; they need someone to show them a realistic path to a good life. As will.i.am said to us (via satellite), "Athletics shouldn't be the only thing that gets kids out of the ghetto."

Microsoft's TEALS program (Technology Education and Literacy in Schools) puts engineer volunteers (not just from Microsoft, but other tech companies as well) into classrooms in districts that could not otherwise afford technology programs. Sometimes this is in person, but frequently they teach virtually, and so can reach places mostly forgotten by the rest of America.

At the Social Innovation Summit we saw a short video focusing on the effect the program is having in a small, rural community in Kentucky, where the TEALS volunteers are giving hope where there was none before, showing the children of coal miners the possibility of a rewarding career that does not carry the risk of black lung disease, and giving them a reason to pursue a college education. (Computer programing is not part of the Common Core, in case you were wondering.)

The examples above are from a single two-day conference. One came from a frustrated teacher starting a nonprofit organization, another from an entertainer/philanthropist giving back to his old neighborhood, and the third from a corporation concerned about training their next generation workforce.

Each very different players, with different approaches and resources, but all focusing on the individual passions of the children and creating opportunities for them to succeed. Each takes local circumstances into consideration. None of them are top-down, one-size-fits-all approaches. These are just a few of the hundreds of examples of successful programs out there.

For schools that are already succeeding in sending kids on to higher education and professional careers, Common Core is an annoyance at best, and at worst a distraction that will keep them from giving needed attention to the few students who are failing. For them, transitioning from one set of curriculum standards to another is just so much fixing what ain't broke to begin with.

For schools that have high dropout rates and low hopes for their students, Common Core may provide a temporary lift, as new grants, materials, and teacher training become available. But in the long run, this too will peter out, as it will do nothing to address the lack of economic opportunity available to low-income kids, and nothing to change either their expectations, or the expectations of those around them.

You say you want to close the achievement gap in education? Then work to close the opportunity gap in the economy. Hope requires more personal attention than just a modified curriculum.

(Note: this is cross-posted on both, my personal and work blogs, as it is relevant to the general voting public as well as nonprofit professionals.)
Posted by Ken Goldstein on Friday, November 29, 2013